Another recipe inspired by Chopped Wednesday! This ‘basket’ consisted of: graham crackers, cream cheese, pears and walnuts. Pretty hard to go wrong with a combination like that…I did struggle with the creativity part though, so this’ll have to do 🙂 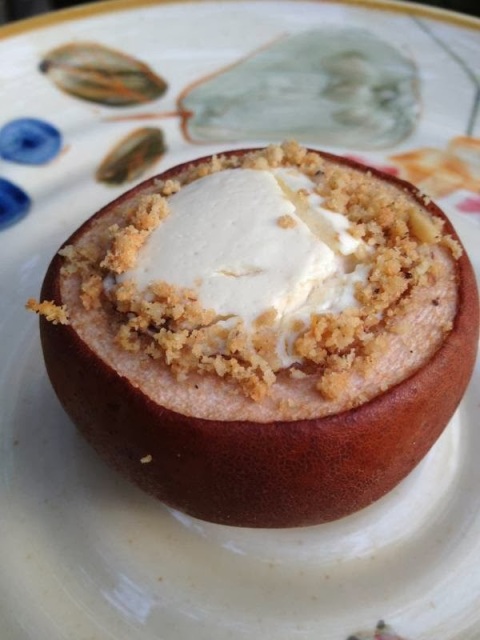 Cut pears in half and use a spoon to scoop out the insides. Pear flesh is soft enough to scoop with a spoon. If you use a knife, it’s harder to create a “bowl” kind of effect.

Whip cream cheese, greek yogurt, vanilla, sugar and egg with a whisk until soft and creamy.

Crust:Blend graham crackers and walnuts until combined and crumbly.

Take a halved pear and spoon about a tbsp of crust mixture into the pear. Press into the sides with your fingers.

Then spoon about 2 tbsp of the filling into the pear.

I feel like the photos taken with my iPhone are almost better than the ones with my camera. What do you think? Any tips? Maybe I’m just a terrible editor, lol.